In the history of the United States there has never been such a heated and chaotic election season. From Hillary’s WikiLeaks email disgrace to Trump’s hot mic, there has been no shortage of scandal in the USA 2016 Election saga. As the polls heat up and the potential of a contested result looms on the horizon, many Americans are considering their options and considering a more peaceful paradise; a place to find solace and to realize a dream of the pure life.

A peaceful and serene home can be found in a variety of settings surrounding the international community of Jaco, Costa Rica. Whether one’s desire is to escape to a quiet mountain retreat that overlooks the ocean or a centrally located beachside paradise, there are a bounty of options for affordable real estate.

Beginning the new chapter of life in a centrally located condo in the city of Jaco, known for its international vibe and proximity to San Jose, can be realized for under $100,000. This value priced location in Paradise Condominiums is approximately one block from the beach, offers 24-hour security, and is also within walking distance to restaurants, grocery stores, and entertainment.

If a more luxurious beachfront dream is calling, then there are many excellent options around the $200,000 price point. 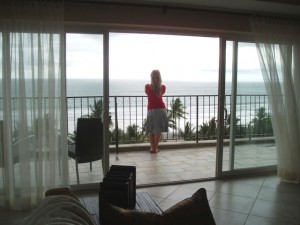 For those who desire tranquility at a higher altitude, consider the Hermosa Beach Bungalow; this hillside haven comes fully furnished with valley and ocean views for $170,000.  Don’t miss this incredible fire sale! 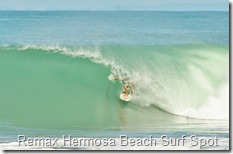 Peaceful, Pure Living in Costa Rica despite the USA 2016 Election

The Central Pacific coast offers far more than reasonably priced real estate. As people consider new locations to call home, quality of life is one of the highest priorities. Costa Rica Expats and second home owners know that one of the greatest draws to this paradise is the focus on pure living. According to the Happy Planet Index survey of 140 countries, Costa Rica ranks 1st for quality of life; the United States in comparison ranked 108th in the study.

From the beaches to the mountains, welcoming smiles sing the praises of a beautiful country that understands that life is about more than fiscal profit. In 2015 Costa Rica produced 99% of its electricity from non-carbon hydro-electric and wind power plants; Costa Rica projects even more efficiency for the coming years with a goal of becoming carbon neutral by 2021.

On top of leading the charge for responsible production and consumption of energy, the country also stewards this beautiful creation by staying at the forefront of ecological cultivation. Who wouldn’t sport a grin when a pair of vibrant scarlet macaws fly by against the backdrop of a tropical rainforest or beachside sunset.

The economy of Costa Rica is relatively small, but the stable social and political environment create a foundation for continued sustainable growth. In 1949 the country abolished its army and began to invest funds into education and other value added initiatives that continue to move Costa Rica forward towards an even brighter future.

The work force is exceptional and the nation boasts a 98% literacy rate. It’s no wonder that corporations such as Smith and Nephew are investing millions of dollars into the Costa Rican economy, creating jobs and establishing their name in this growing Central American economy. Costa Rica is also built upon stable banking and mercantile regulations, which offer investors peace of mind when considering a move.